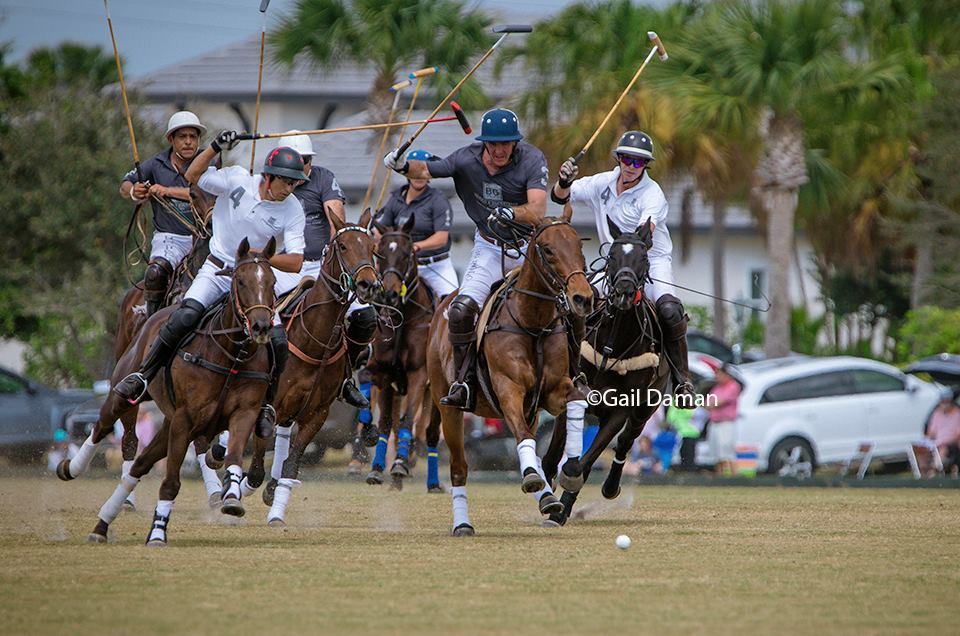 Despite record rain at the start of the season with 5 games cancelled, BG Vero Beach Polo had one of the most exciting and well attended seasons since polo started in Vero Beach close to 30 years ago. Record crowds of 500 plus enthusiastic tailgaters saw players from around the world compete at the Polo Grounds.

Some of the countries represented by visiting players and BG Vero Beach Polo Club members included: USA, United Kingdom, Nigeria, Holland, Mexico, Argentina, Chile, Costa Rica, Pakistan & Canada.
One of the highlights of the 2016 season was the return of the University of Miami Polo team who have been generously supported by team ESCUE and its patron Sohail Qureshi. Sohail, a former winner of the US Open, also played many matches here at BG Vero Beach Polo.

The word is getting out about BG Vero Beach Polo as shown by the many visiting players and their families. High goal players such as Hall of Fame member Mike Azzaro, the first American to be ranked at 10 goals, cheered on his son Harrison. Julio Arellano brought his daughter Hope up to Vero from Wellington.

BG Vero Beach Polo Club thanks our supportive patrons Bobby Genovese, John Walsh, Frank Evans and Khalid Dasuki, and our playing pros Max Secunda, Tiffany Busch, Jesus Ontiveros and Gaston Rodriquez. We also appreciate all of our members, sponsors, tailgaters and staff, and thank all of you for an exciting 2016 Vero Beach polo season!

Stay tuned for upcoming announcements and plans for our 2017 Polo Season with updates being posted to our website www.verobeachpolo.com